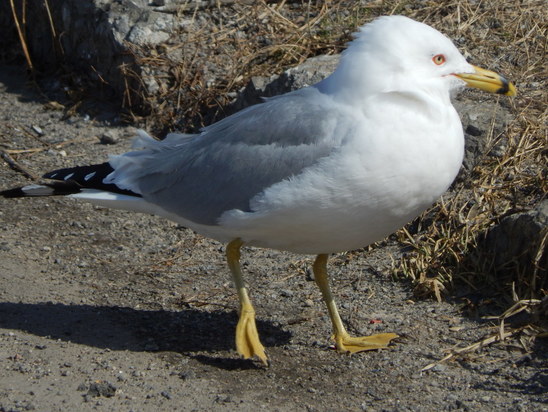 Ring-Billed Gull
Description: Adult: The Ring-billed Gull has a white belly and head, gray wings and a black tail. Wing tips are black with one or two white spots. Feet and bill are yellow, bill has black ring. Brown streaking on head in winter plumage.
1st winter: is white with tan-gray wings; markings on body are also tan. Legs are and bill are pink, bill has black tip. Wing tips are black.


Habitat: Near rivers, lakes, coastline, cities and towns. Usually on shores or rocks and in the water. Often seen in parking lots scavenging garbage and human food. Flocks with other gulls along feeding sites during migration and can be seen and heard flying high overhead in large flocks or small groups.


Nest: Nest in colonies, within depressions or hollows in the ground which they line with grass and debris.


Eggs: 2 to 4 eggs which are buff to olive green in color. 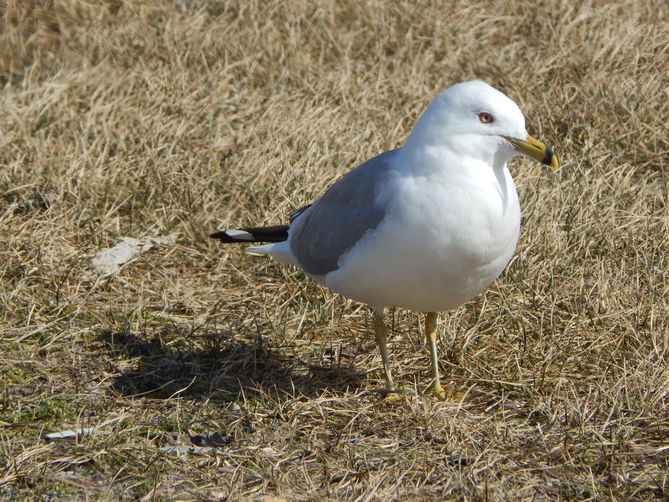