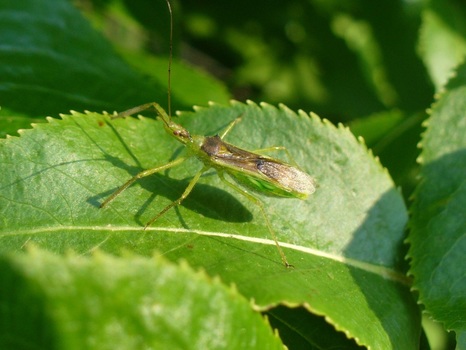 Description: Pale green or yellowish insect with a thin body. Adults have dark wings, males have a dark head as well. Nymphs lack wings and thorax spines. Adults can fly but rarely do so.

Reproduction: In July adults lay eggs. The eggs are laid in brown masses that have a light colored top and appear to be made of gel. The adults do not live long after their eggs have been deposited. Nymphs hatch in August and grow until late autumn. They overwinter until spring. Nymphs begin feeding and soon become winged adults in June.

Habitat: Vegetation, especially saplings at the edge of forests. They usually hunt low, usually 6 feet at the max. Nymphs can be found in early spring almost anywhere as they come out from hibernation. These insects seem to prefer dogwoods, nanny berries, hawthorns and various species of deciduous tree saplings over other types of plants.

Diet: These insects capture almost anything smaller than them, including small wasps, spiders, beetles, ants, flies and even each other at times. They subdue prey with toxins in their saliva, paralyzing them in a matter of seconds. These are ambush predators, capturing prey as they wander near.

Defenses: They tend to go to the underside of the leaf or stem they are on, but can deliver a bite if handled. 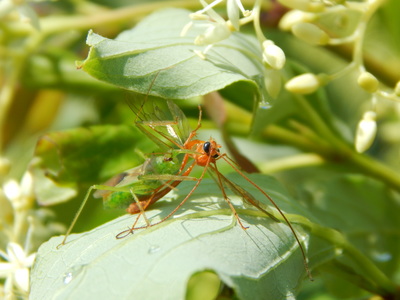 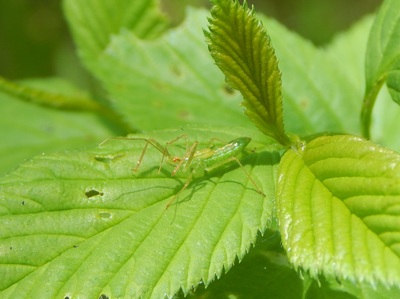 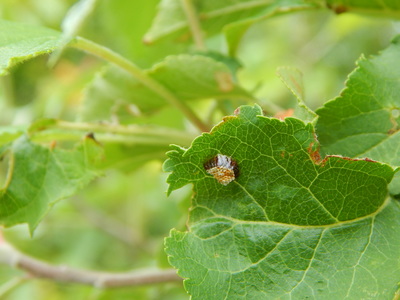 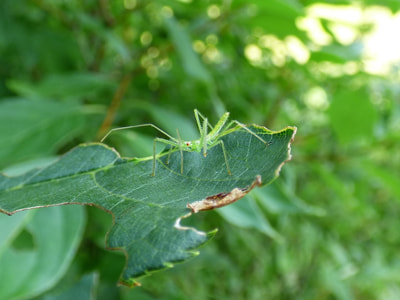