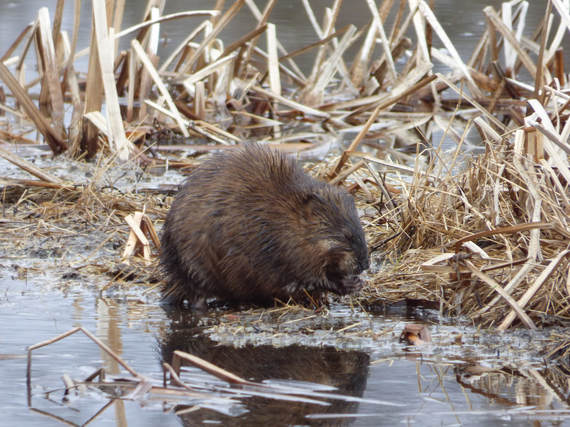 (Click to Enlarge)
Description: A small to medium sized rodent, a little smaller than a full grown cottontail rabbit, is brown all over. It has a long tail that is rope like, as opposed to the flattened paddle shaped tail of the similar looking but larger American Beaver. The Muskrat's tail is also flattened but only slightly, to aid in swimming its tail waves back in forth through the water behind it. They make squeaking and squealing noises, especially during breeding season when territories are being defended. The muskrat swims with its head and back out of water, whereas the beaver only shows its head.

Reproduction: In spring pairs will mate in suitable habitats where they have likely already built their dome shaped houses of pond vegetation, grasses and occasional branches. They will produce a litter of 2 - 8 young which develop quickly, feeding off of milk a first, but moving to vegetation as they age. They can have several broods per year in good conditions.

Habitat: Watercourses including lakes, ponds, streams, rivers, marshes and in particular beaver ponds. These rodents coexist with the many other organisms that inhabit beaver influenced habitats.

Defenses: These rodents mainly escape through their ability to swim. They can seem quite unobservant and often can be approached closely. They seem to have good hearing but relatively poor eyesight and respond more to a noise than movement. Muskrats will sometimes stand on their back legs to look around at a higher vantage point.

Diet: Grasses, cattails, and roots of many aquatic plants. Also sometimes takes small invertebrates, frogs and tadpoles. They often sit and feed at certain locations and return there regularly. These include rocks, logs, vegetation mats and beaver dams, and can be identified by the accumulation of scat at these locations. 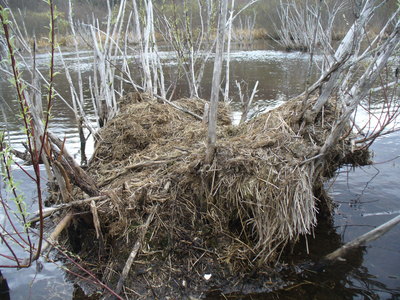 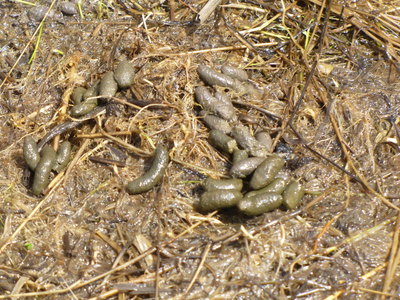 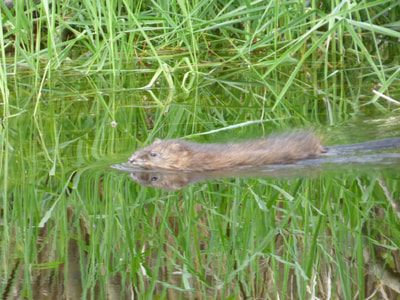