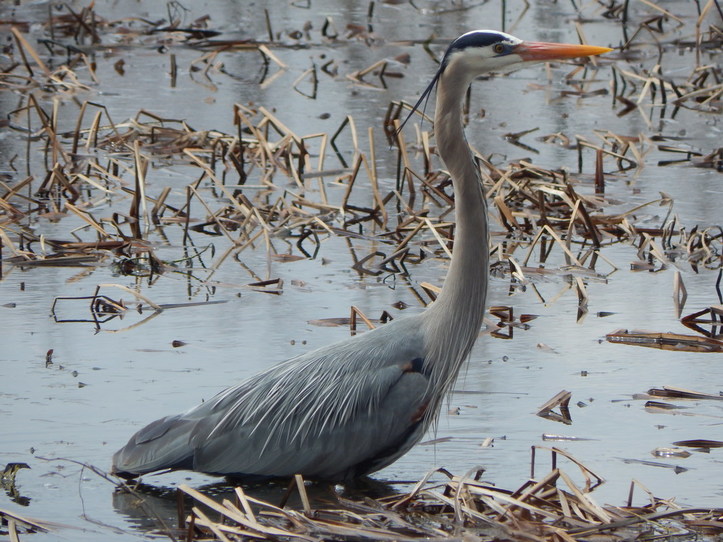 Great Blue Heron
Description: Large grayish blue wading bird, orange/yellow bill. In fight, neck is tucked in. Occasionally soars high in the air but normally flies with slow, powerful wing beats.
​
Habitat: Streams, rivers, swamps, ponds, lakes, and coastlines. Anywhere with water and prey is suitable. Seen as early as March and may persist late into the winter where water is open.

Diet: Fish, frogs, tadpoles, snakes, aquatic insects and rodents make up the bulk of its diet. Stands and waits for prey or slowly stalks in search of it. Captures prey animals with a quick lunge of its snake-like neck. Occasionally seen in fields or meadows hunting for prey.

Nest:  Bulky nest of sticks usually atop a snag or tall tree near or above water. Usually nests are built together in a colony known as a rookery. 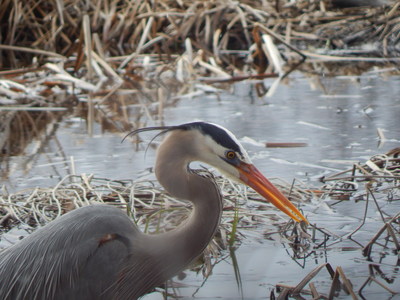 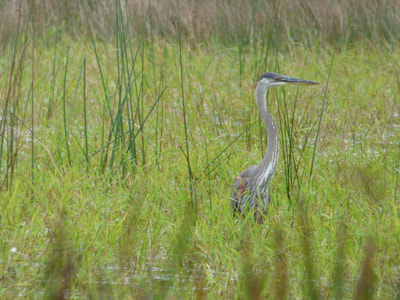 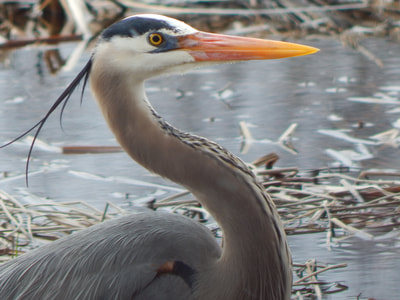 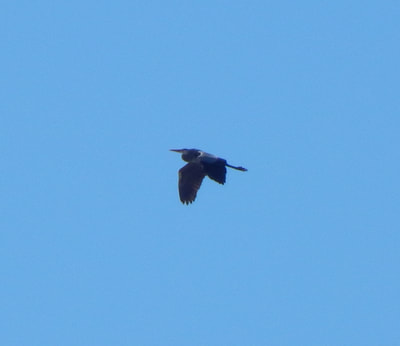