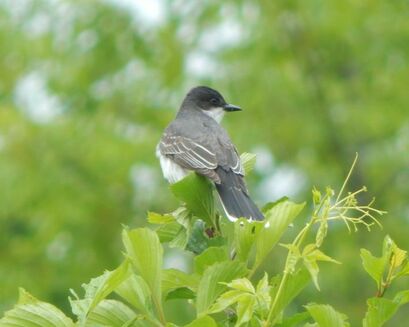 Nest: Cup of weed stems and grasses. Lined with grapevine fibers and plant fibers. Nests sometimes contain synthetic fibers such as tarp strings or baler twine. Nest is built near water, often above it, in an exposed place. Sometimes on dead branches or in sparse shrubs. Fiercely guards nest from predators such as crows and hawks. Also very territorial, I've even observed one harassing a Killdeer.

Diet: Captures insects in the air by waiting on a perch and flying up to grab its prey. Also catches insects on the ground after sighting them from a perch. Most of its diet is large flying insects such as dragonflies and wasps, but it also takes berries, especially in fall. 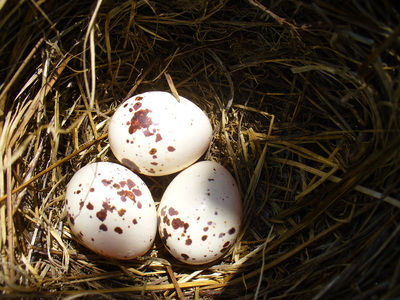 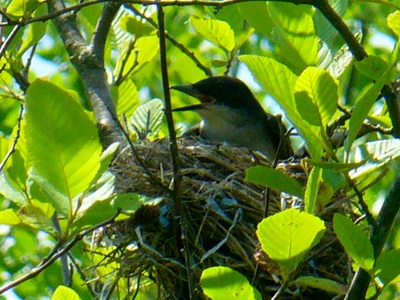 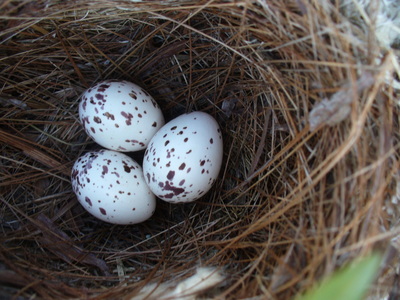