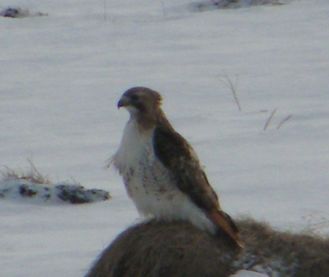 Description: Red tails are the most common hawk in the area. Adult: has a bright tan-white front with a dark band of markings across it. The rufous tail is another dead giveaway. Their call is the classic "eagle" noise used in many forms of media. Juvenile: lacks the red in the tail (tail is banded with dark brown) and is slightly more difficult to identify, it also has more markings on the chest. Females are larger than males but have identical plumage. When soaring Red-tails have thick wings and a broad tail, look for the red on the tail,the fragmented band across the belly, the comma marks on the "wrist" of the bird and the shoulder color on the underside.

Nest: A bulky, large stick nest that is often in a conifer. Sticks and large branches make up most of the nest, lined with pine branches, bark strips and finer twigs.

Diet: Mice, rats, rabbits, squirrels, snakes, and chipmunks. Less often are birds and amphibians. Hunts from perches and is often mobbed by crows and songbirds in the area. 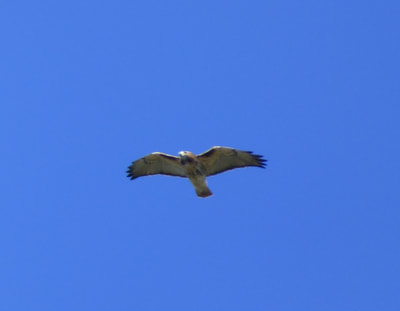 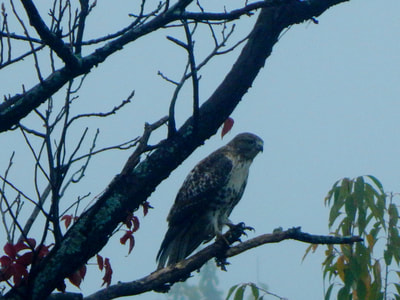 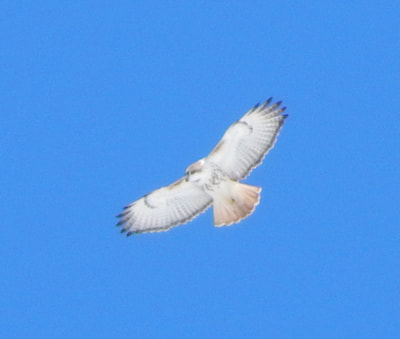 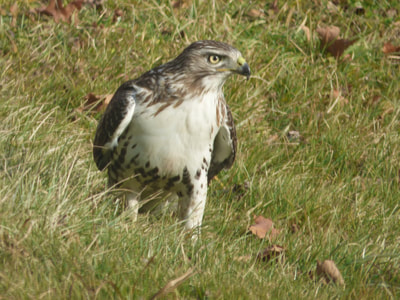 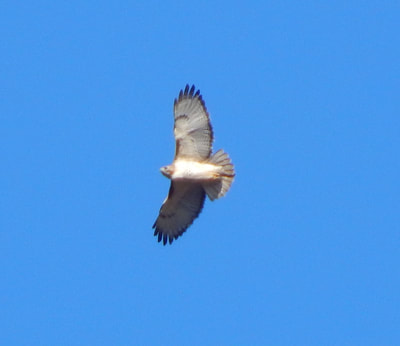 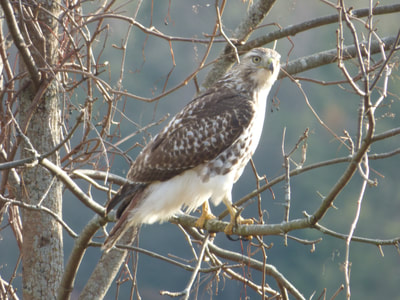