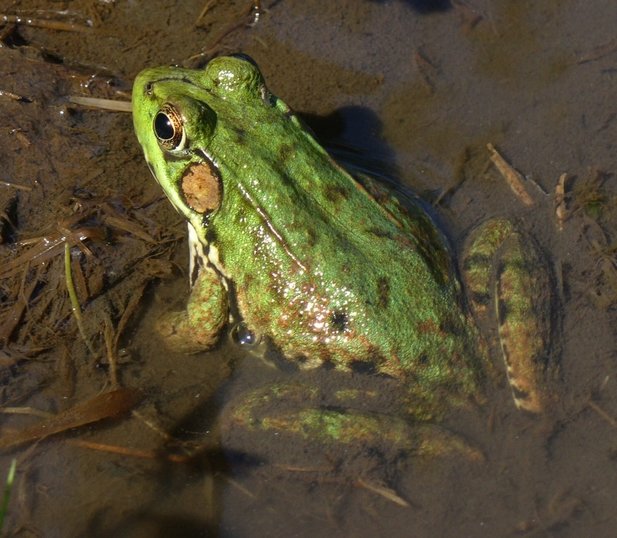 Green Frog
Description: Green Frogs are highly variable in color. They range from yellowish, green, and many individuals a drab brown with a bright green upper lip. Note the two dorsal ridges extending from the eyes (left). Its belly is white with brown markings on the sides. Like Bullfrogs, the male has swollen thumbs and a yellow throat in the breeding season, but the similar looking Bullfrog is larger at maturity and lacks the two ridges on the back.

Eggs: Dense clusters of eggs in ponds, rivers and other suitable bodies of water.

Call: Call is a banjo-like twang; let out as a single note or several rapid notes. Mainly given during the summer and late spring.

Habitat: Swamps, rivers, ponds, and streams. One of the most common frogs seen crossing roads on rainy, spring nights. They often sun on the banks of streams and river but are quick to leap into the water at any sign of danger.
​
​Diet: Insects and spiders such as dragonflies and damselflies, but will attack small frogs, tadpoles, and fish. Like many frogs and toads, Green frogs are ambush predators, lying in wait for movement at which they strike. 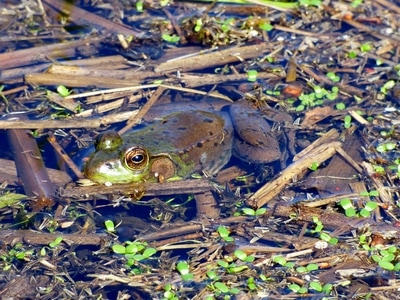 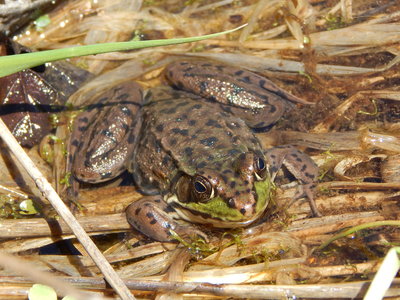 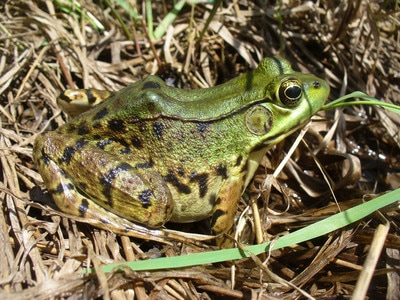 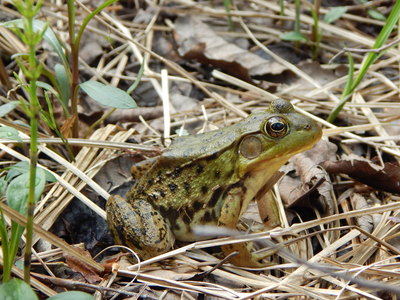 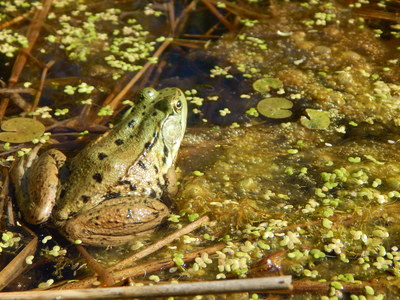 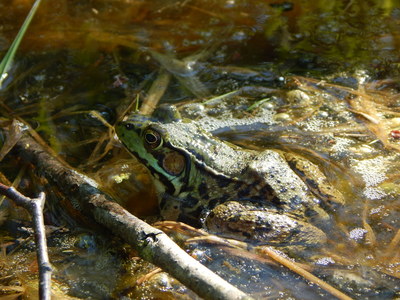 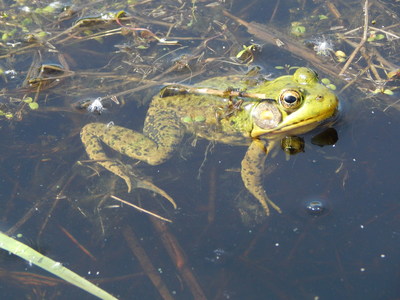 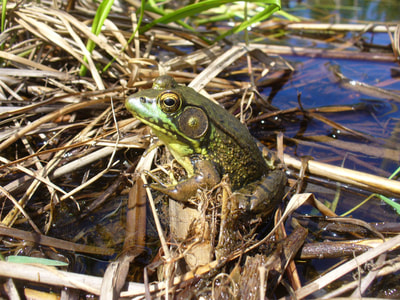 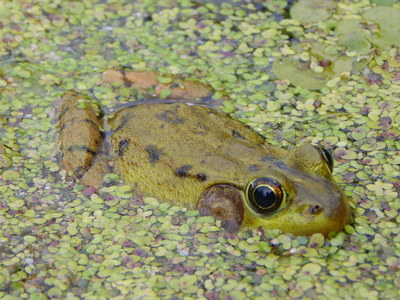