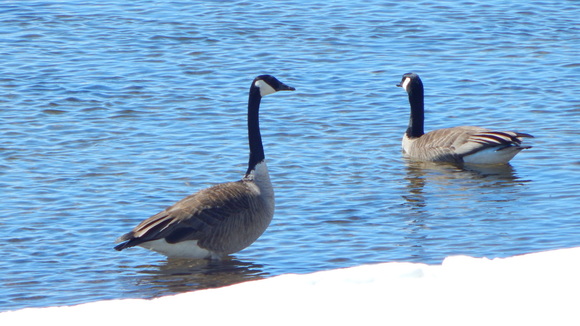 , Description: Unmistakable up close, a large brown-gray bird with a conspicuous black neck and head and white throat patch. The underbelly and the  bottom of the tail is also white. The loud honking of these birds is very familiar.

Nest: Depression in the ground near water, lined with nearby grasses and mosses and the mother's down. Often on a muskrat or beaver house or small island. The parents are fiercely protective of their nest and will aggressively display if an intruder wanders too close. If the intruder pushes on, they may attack.

Eggs:  3-8  large creamy eggs. Goslings are often seen following mothers around after they have hatched and appear yellowish brown in color.

Diet: Mainly seeds, grains and aquatic vegetation. They will also graze on grass and frequently forage in corn fields.

Habitat: Swamps, ponds, rivers, lakes, agricultural fields, parks and golf courses. They often become a nuisance in urban areas, but in their native habitat, they are unobtrusive and beautiful. They are highly gregarious especially during migration. In fall and spring huge flocks will gather and can be seen or heard flying high overhead in large V or U-shaped flocks. 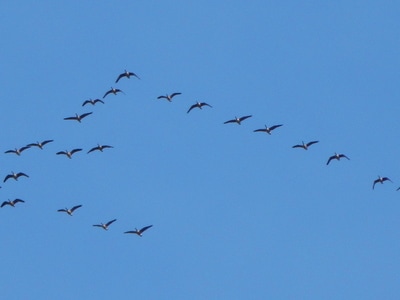 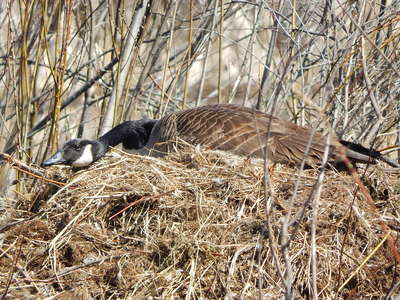 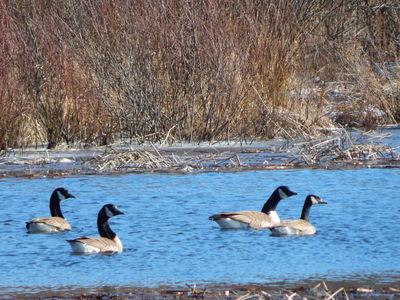 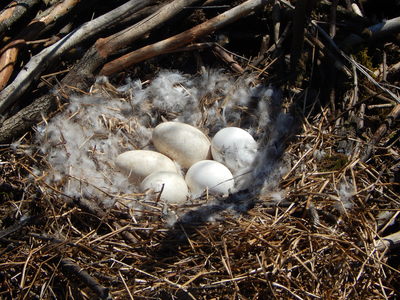